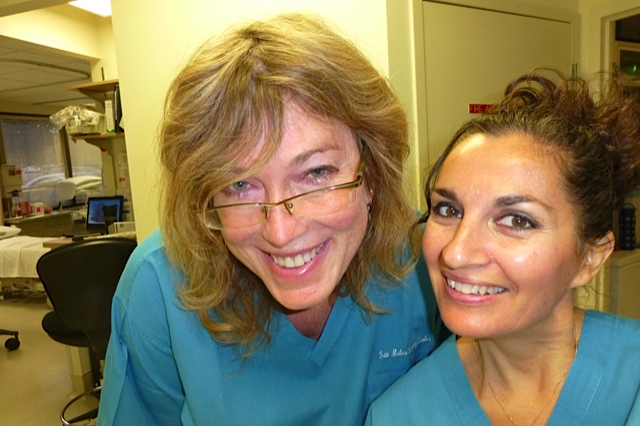 On Nov. 29, at the San Mateo Surgery Center in California, Dr. Marci Bowers, M.D., head surgeon for Clitoraid, a non-profit organization dedicated to helping victims of the brutal tradition of female genital mutilation (FGM), restored the clitoris of four victims, one of whom came all the way from West Africa to have the surgery.

Nadine Gary, Clitoraid’s head of operations, said the other three women who had the procedure performed by Bowers are African immigrants who live in the United States.

“Each of these four women was desperately seeking to recover her womanhood, and was able to do so thanks to the clitoral repair surgery offered by Clitoraid through the generous services of Dr. Bowers and other volunteer surgeons,” Gary said.

She explained that the barbaric act of FGM, also know euphemistically as “female circumcision,” destroys much or all of the exposed clitoris and surrounding tissue but leaves some of the root structure intact, thus making surgical restoration possible for those fortunate enough to undergo the procedure.

“Since 2008, Clitoraid has operated on close to 50 FGM patients,” Gary said. “Our volunteer surgeons use the technique of a French surgeon, who pioneered this restorative procedure.”

Gary pointed out that in the United States alone, 300,000 women currently suffer from FGM effects, according to the World Health Organization.

“Worldwide, there are more than 150 million victims who were forcibly deprived in childhood of their sense of pleasure,” she said. “In fact, it’s estimated that somewhere in the world, one little girl is being genitally mutilated every six minutes under the most atrocious conditions imaginable. And about 10 percent of these victims will die from the bleeding or subsequent infections.”

Gary said the four women who came to San Francisco for last week’s procedure were lucky enough to survive FGM.

“Nevertheless, each was deeply affected by traumatic childhood memories of that excruciatingly painful and frightening experience,” she said. “One of these patients, a lovely 30-year-old woman who has never even dated, burst into tears when Dr. Bowers lifted the paper sheet that covered her bare legs during a gynecological exam. She had dreaded that OBGYN appointment because she was that ashamed to show a doctor a body part she perceived as repulsive.”

According to Gary, one of Clitoraid’s primary missions is to help FGM victims by building a hospital in Burkina Faso, West Africa, exclusively for the performance of the restorative procedure.

“It’s set to open its doors in 2013,” Gary said. “The facility will offer free surgical treatment to all FGM victims who want the procedure performed, and we can do this thanks to the volunteer services of doctors from around the world.”

She said the four patients in San Francisco are doing well post-surgically.

“They are gently recuperating from the procedure, and changes can already be seen,”
Gary said. The woman who had a strong emotional outburst in Dr. Bowers’ clinic was elated by the results of the surgery. Her voice now expresses such great joy, as if a 24-year curse has been lifted from her body and mind. She feels she can love herself now and also begin to forgive her mother, who ordered her circumcision.”

Gary said self-hatred and deep anger are two common emotions among FGM victims and that the restorative surgery greatly helps dissipate both.

“It helps them finally turn the page into greater health and consciousness,” she said."And Clitoraid is helping more and more victims do just that. In the United States, new surgeries will take place in San Mateo, California, and in Oswego, New York, in January thanks to the generosity of Dr. Bowers and Dr. Harold Henning. And late next year, both surgeons will travel to West Africa for the inauguration of our hospital, where over 400 FGM victims are patiently awaiting a new beginning in their lives as women.”
Back to category overview   Back to news overview
Older News
Newer News