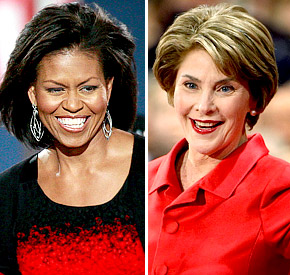 "Clitoraid applauds Mrs. Bush's renovation of a Cervical Cancer Screening Clinic in Zambia and Mrs. Obama's first meeting of the First Ladies of Africa in Tanzania last Tuesday," Gary said. "Now we ask their support in building a clitoral restoration medical facility in East Africa like the one Clitoraid plans to open in Burkina Faso, West Africa, in March 2014, which will be the first of its kind in the world."

Gary explained that the need of FGM victims in East Africa is urgent and widespread.

“Cervical cancer screening is an important medical service to offer African women, but surgically reversing the damage done by female genital mutilation may be even more of a priority in Eastern Africa, where 72 percent of the women have been clitorally excised, according to the Women's Health Organization,"Gary said. "FGM victims from that geographical area are writing to Clitoraid every day. They’re begging us to make them surgically whole again, to bring back their dignity as women, and to put an end to the relentless physical suffering they’ve had from the horrific mutilation they endured as little girls.”

Gary added that Dr. Bowers, Clitoraid’s head surgeon will be operating on 10 new FGM patients currently residing in North America,” Gary explained. “We note that although they are now living the Western world, 80 percent of these scheduled patients were born in East Africa.”
Back to category overview   Back to news overview
Older News
Newer News