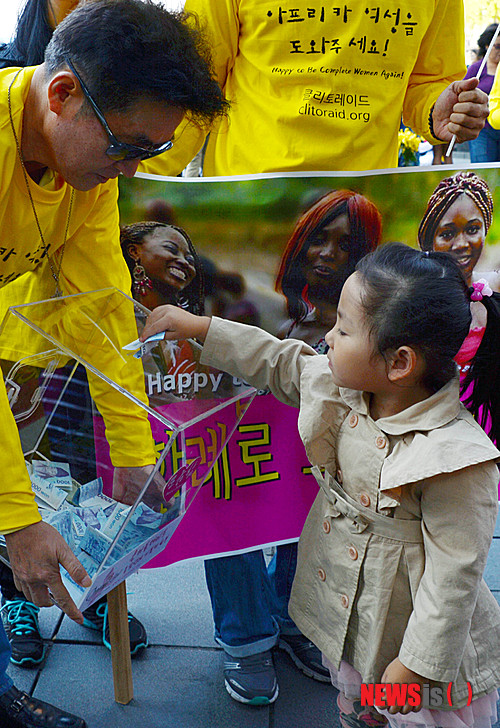 A promotion of the "Pleasure hospital" and a fundraising took place at the same time.
in a festive atmosphere with balloons and T-shirts to attract the public.

Clitoraid spokesperson, Jina cause presented the cause on the microphone to the public while 30 volunteers both from Clitoraid and the Raelian Movement passed out hundreds of balloons and leaflets.

Many people accompanied by children donated money in the Clitoraid collection box.

We want to thank the Korean population for their generous donation. This is all the more meaningful because FGM cause is not very well known in Korea.

Thank you to our PR team for writing an effective Press Release that helped spread the news to the Korean media and specifically the newspaper Kokminilbo and Newsis (Internet news) that both published articles about Clitoraid's Korean Festival. 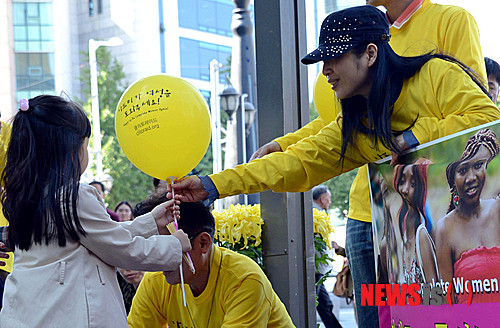 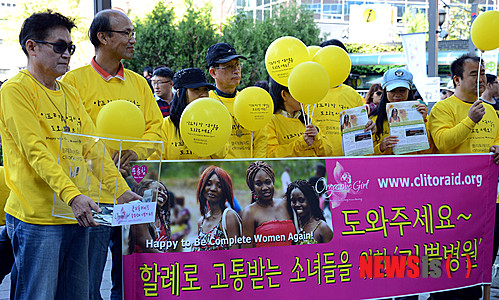