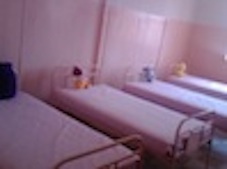 LAS VEGAS, March 14 - Medical licenses previously granted to the American medical staff of Clitoraid, a nonprofit organization that helps victims of female genital mutilation obtain clitoral repair surgery, have been revoked in Burkina Faso due to “blatant discrimination against the Raelian Movement,” according to a statement released today by Clitoraid.

“Although granted earlier with no problem, our doctors’ licenses were revoked after they had completed just one week of operations,” said Dr. Brigitte Boisselier, president of Clitoraid and spokesperson for the Raelian Movement. “We couldn’t open our new, fully-equipped Kamkaso Hospital last week after the health minister refused to sign promised documents. That was bad enough, but our doctors were able to operate at another hospital. This latest blow, revoking their licenses for what the health ministry called ‘undisclosed irregularities,’ confirms there is organized discrimination against us.”

The existence of such discrimination was confirmed by Mr. Sebgo, health minister himself, Boisselier said.

He told the Thompson Reuters Foundation news agency: "Medical organisations should be focused on saving lives and not advertising their religion in an attempt to convert vulnerable people." Boisselier remarks: “In a country that hosts Christian and Muslim hospitals, that statement is highly discriminatory. It’s also absurd. Although inspired by Rael, spiritual leader of the Raelian Movement, Clitoraid is entirely independent from the Movement. And we would never proselytize in a hospital. Women who come to us seeking medical services and support, which is what our professional medical staff provides. The religious affiliations of our medical team members are varied as well as irrelevant. We often don’t even know what they are.”

She said the Clitoraid team was also upset to learn that Burkina Faso’s minister of female affairs, Madame Nestorine Sangare, had made the comment, “To live without the clitoris isn’t the end of the world.”

“When a woman bleeds to death from being cut, that is indeed the end of her world,” Boisselier said. “And when she suffers intolerable pain with each sexual encounter, that too is the end of the world, since no one should have to live in pain to satisfy an ancestral custom. Or even worse, that she should have to continue living with that pain merely because those who offer to stop it are members of a religious minority."

Boisselier praised Clitoraid’s volunteer surgeons and other medical staff.
“Despite the turmoil following their arrival, we’re extremely grateful that such highly trained professionals volunteered to care for those seeking our help,” Boisselier said. “They successfully operated on 29 women during the week their licenses were still valid, and they also trained a Burkinabe surgeon to do the procedure. So the other 50 women scheduled for surgery with us will still be able to have it.”
Other women saw their hopes for the free repair surgery vanish when the American volunteer surgeons lost their right to operate in Burkina Faso.
“It was heartbreaking,” Boisselier said. “Two women came all the way from Senegal, with one in constant pain. We hope the newly trained surgeon can operate on her.”
Clitoraid and the AVFE association (Clitoraid’s local partner) have engaged a law firm to deal with the defamation allegations and matters of denied or revoked licenses.

“The discriminatory aspects will also be added to our pending file at the United Nations Rapporteur on Human Rights and Religious Discrimination,” Boisselier said. “That file lists the many cases of discrimination suffered by the Raelian Movement in French-speaking countries.”
Back to category overview   Back to news overview
Older News
Newer News