By Monica Marcucci, Clitoraid coordinator in the Netherlands and Flemish

BelgiumOn November 17th and 18th, Clitoraid participated in the “Erotica, Body and Beauty” fair in Hasselt (Flemish Belgium). We have had a stand there before, so it was nice that people remembered and recognized us !

The stand definitely caught the attention and the interest of the visitors of the fair. We were very close to the stage, where sexy shows were performed every hour, and big banners which explained FGM, its physical and psychological consequences, the reconstructive technique of a French surgeon, testimonies from Banemanie, and much more…

We raised in total 188,25 € and most importantly, we contributed to raise a great deal of awareness about FGM and to inform the attendees of Clitoraid's activities. Two people who took our leaflet confided that they knew someone who had suffered from genital mutilation. Therefore, our hope is that our actions will help them! 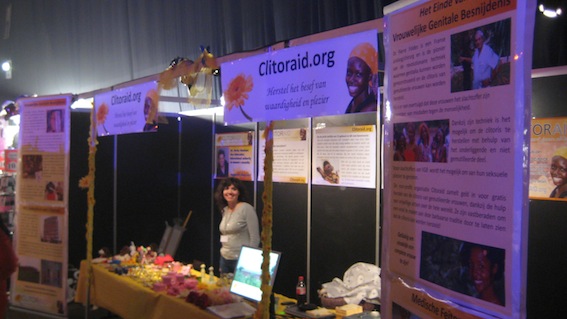 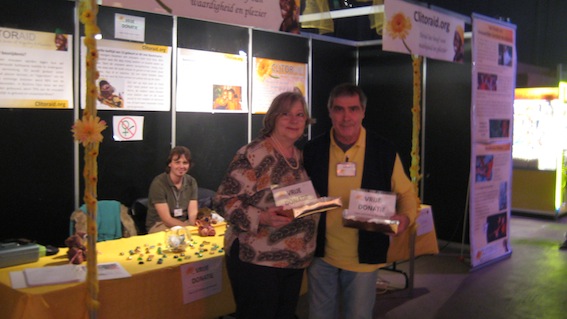